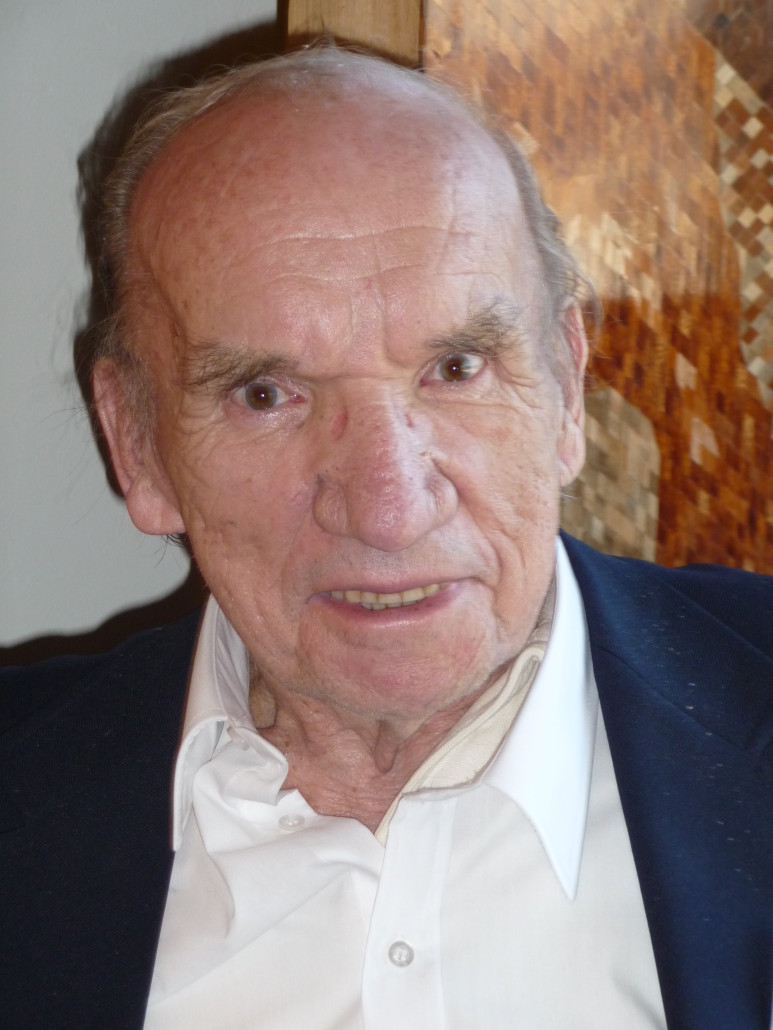 When Ed was young, scarlet fever severely affected part of his brain and while he could read he was unable to write. Instead, he developed another part of his brain that most people do not use – the part that uses symbolism and numbers.

His father taught him marquetry – the craft of covering a wood base with small pieces of wood to form patterns or pictures. He also learned the carpentry trade which he used in the Kalkaska area to build houses until he divorced.

He found employment in Orlando, and it was during this time that he became awakened to the call from God to create the panels. He saw the completed panels in his mind before the work was even begun, and he never sketched the panels – the biblical scenes were pre-assembled only in his brain. Ed lived out his last year of life in Petoskey, Michigan. He greeted visitors and gave tours of the panels regularly at his private gallery. Ed was committed to offering free admission to the exhibit. He felt strongly that everyone should have the opportunity to experience this work, regardless of their financial means. The panels are not for sale – Lantzer’s wish was that somehow his work may benefit unloved children whether it be spiritually, financially or artistically.

Ed’s artistic signature is 6-22-34 and he has signed many of the panels this way.

6: is for the 6th book of the Bible—Joshua
22: is for Joshua chapter 22
34: is for the verse: “The children of Reuben and Gad called the altar, “Ed” for it shall be a witness between us that the Lord is God.” Ed’s artwork is a witness of his love for the Lord

On December 17th 2009, the Mayor of Evansville presented Ed a proclamation identifying December 17th 2009 Ed Lanzter day in Evansville Indiana. On December 29th 2009, Ed succumbed to cancer. Before passing, Ed had the opportunity to experience abundant love, respect and dignity. Ed’s ultimate desire was to hear his heavenly father tell him“ Well done”.

Would you be willing to help support Ed’s mission? Click Here to Donate!
Scroll to top